History and heritage V1 in the valleys of Bresle and Yères

No items to display

On the Saturday 11th May 2019 was held a tribute day in memory of the Soviet victims and prisoners of the Second World War. Co-organized by the Community of Communes Interregional Aumale - Blangy-sur-Bresle, the Normandie-Niemen Memorial, the commune of Dancourt and the Domaine de Penthièvre, the ceremony took place on the forecourt of the town hall of Dancourt and in the cemetery of Dancourt, where rest several Soviet prisoners, requisitioned for the construction of V1 sites of the surroundings. In the presence of Russian officials, several wreaths of flowers were laid on the burial.

This tribute day was closed by the visit of the V1 site of the Poteau de Montauban, located in the town of Guerville, in the presence of the Russian delegation and elected officials. We invite you to relive this major event through these few photographs. 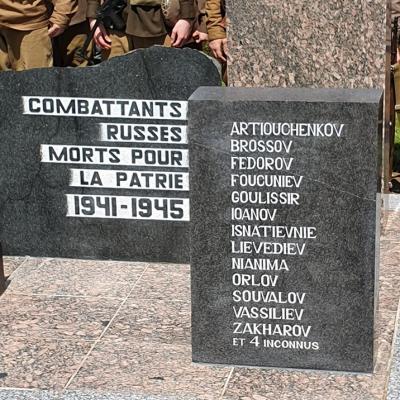 These men, taken prisoner by the German army, were taken to France against their will to help build the V1 launching sites in the surrounding. They are now resting in the communal cemetery of Dancourt. 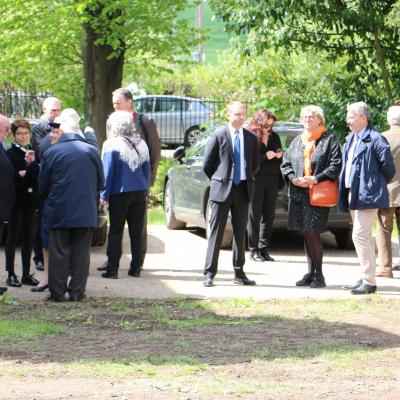 Arrival of the Russian delegation in the Domaine de Penthièvre

Before the tribute ceremony, the Russian officials were welcomed at the Domaine de Penthièvre where the "The Wings of the Brotherhood" exhibition takes place, an exhibition narrating the history of the Normandie-Niemen airforce group. 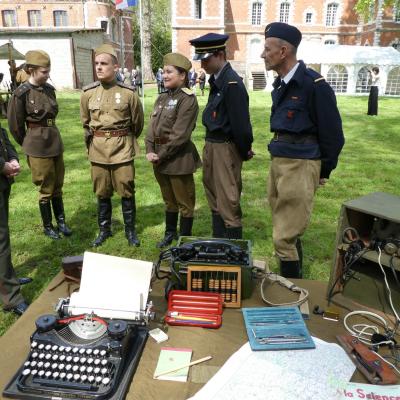 The Stavka association, a specialist in the historical reconstitution of the Red Army, was present. On the left of the photo, Colonel Serguey Babenko, military attaché of the Russian Federation in France, talks with members of Stavka. 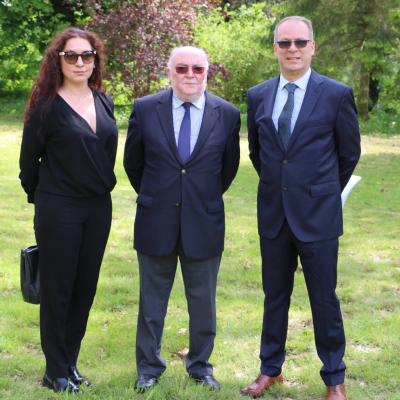 Mrs. Natalia Kansevitch, representative of His Excellency the Russian Ambassador to France (Alexey Mechkov), Mr. Christian Roussel, President of the CCIABB, and Bernard-Marie Leibovici, owner of the Domaine de Penthièvre. 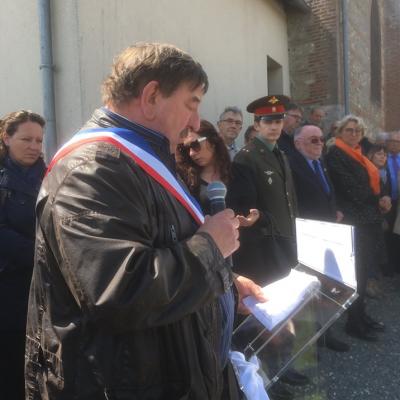 Beginning of the tribute ceremony

Opening speech by Mr. Jean-Luc Morel, Mayor of the commune of Dancourt. 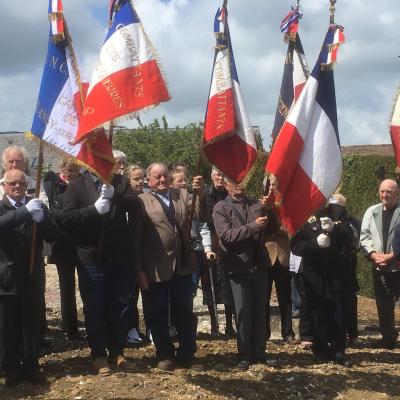 The flag bearers present for the event 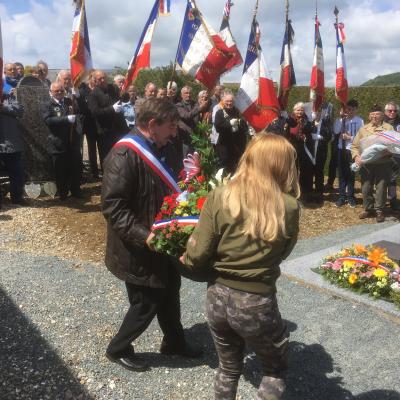 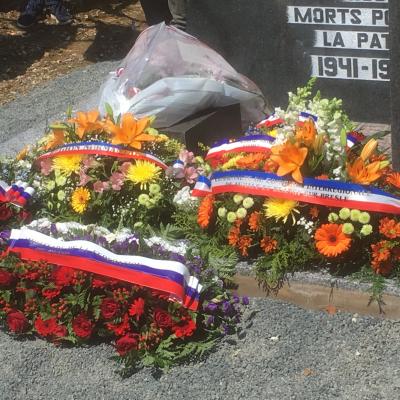 The grave at the end of the tribute ceremony

Several speeches and wreath laying took place to honor the memory of the buried Soviet prisoners in Dancourt and all the Soviet victims of the Second World War. 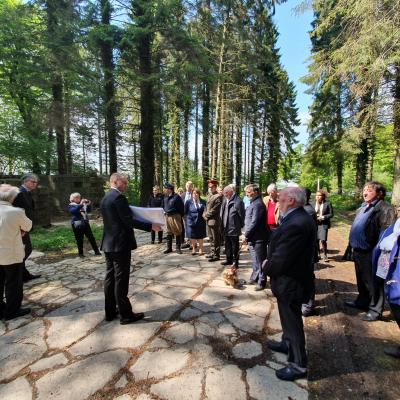 After the ceremony in Dancourt, those present were invited to visit the V1 site of Poteau de Montauban located in Guerville where a guided tour was organized for the occasion. 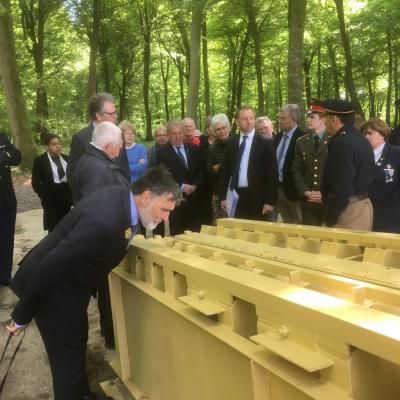 A visit that created a real enthusiasm

Organized on a V1 site with a replica of a launching catapult, the visit was a great success. Many elected officials and Russian officials were able to discover this still unknown heritage of the Second World War.